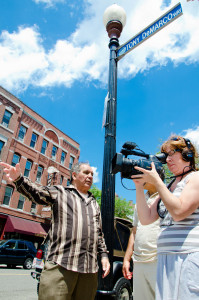 Kendall Productions is owned and operated by
Maureen McNamara.

Maureen is an award winning film and television producer and director. She has produced for C-SPAN for 24 years, covering seven presidential elections for their “The Road to the Whitehouse” series.

She produced the ten part series “Earth Rescue” for the Outdoor Life Network from locations around the world. She is the winner of The American Film Festival and The Native American Film Festival for her PBS documentary “Mashpee” which is now part of the Smithsonian Institute’s permanent collection. Ms. McNamara has worked as a producer for the Discovery Channel and as a videographer for Steven Spielberg’s Survivors of the Shoah Visual History Foundation recording nearly 100 testimonials.

Ms. McNamara has produced many innovative documentaries for cultural groups and music videos for artists including The Grateful Dead and Don Henley. Her Go-Go’s video was prominently featured in VH1’s recent “Behind the Music” special. She was Assistant Director/Producer for the dramatic film series “Prisoners of Childhood” for Channel Four, London, U.K.

Recent projects include a documentary series about the ethnic and social history of Boston’s neighborhoods, webcasting for non-profit groups and a feature documentary about Autism.